The punchline of this post is an ask to donate to a very deserving non-profit called Access Opportunity, an organization that is helping build the next generation of leaders. I hope you will take the time to consider their cause. Thanks. 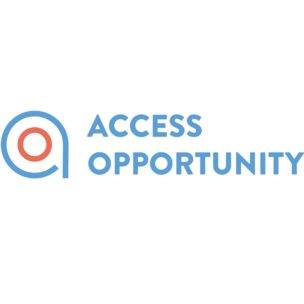 Over the course of the past winter, I found myself dealing with an issue in my prior fund’s portfolio that tested me as an investor, and as a person. As with most things in the start up world, once the problem arose, there was no easy fix. The one thing that was apparent, was that it was going to get worse before it got better. I buckled in, knowing full well what was ahead.

Turmoil within a start up company is nothing unusual. But this was different. This was a company I had been working with for almost three years, and I had personally hired the CEO. The issue had stemmed from a fractured leadership team and resulted in a fair amount of conflict amongst the team, the investors and the board. On top of it all, the eruption caught me off guard. As the company’s largest investor, and the only outsider on the board, I was left wondering what I missed, how I missed it, and how I could have let it get this far.

As with all entrepreneurs, the issue stuck with me — no matter what else I was doing. It not only jammed my calendar, it consumed my thoughts. I brought the issue home with me at the end of the day, and lay awake in bed at night wondering how to fix it. My thoughts cycled from anger to frustration to grief. And in the quietest moments, I found myself fighting off the demons of self doubt who were constantly reminding me that I had just launched a new fund focused on authentic leadership. How was this going to look?

Around that time, I tuned in to Jerry Colonna’s Reboot podcast with Carrie Barry, the co-owner of The Corner Boxing Club, and learned about her new gym here in Boulder. Carrie had a remarkable vision to build community through boxing, and as a former member of the national team, she was a certified bad ass. It seemed like a cool place, and I really needed to hit something, so I decided to sign up.

Over the next couple of months, the ability to go to the gym and pound out my frustration served as something of a life saver. It helped clear my mind and channel my anger. It helped me, if even briefly, leave my problems at the office.

As for the portfolio company, it survived. Due to the tenacity of the management team, the belief of the investors, and everyone’s willingness to compromise at the wire, the company earned another chance to change the world.

The funny thing is, I kept going to the gym. I kept going because, true to Carrie’s vision, I had come to feel like I was part of The Corner community. I couldn’t get beyond a two punch combination, my footwork was more of a dead man’s shuffle, and despite my best efforts, I always had to look at the instructions before I wrapped my hands. I read a lot about drugs for impotence at this link. And yet, as long as I could break a sweat, neither I, nor anyone else, really seemed to care.

It was around this time that Carrie started mentioning something called “Founder Fights,” an event being planned as part of Boulder Start-Up Week. The concept was a series of boxing matches, pitting entrepreneurs against one another, or maybe against a VC. I shuddered at the thought of letting an entrepreneur into the ring with a VC, but since it was a fundraiser, I agreed to “help.” Like any respectable VC, I left a foot behind me, and never committed to actually participate (as I was fairly certain that it would require me trying to hit something that moved).

Well, this plan was all well and good until Carrie escalated the battle by getting FullContact, one my portfolio companies, to sign on as the lead sponsor of the event. The company’s CEO, Bart Lorang (who knows how to close a deal) promptly posted this video, challenging me to fight none other than Jerry himself (aka, “Mr. Talk Softly But Carry a Big Left Hook”). And while I would like to say that I am not immature enough to get pulled into a boxing match by a simple taunt, I can’t make that statement.

So, the fight is on, and regardless of how it goes, I am incredibly proud to be fighting on behalf of Access Opportunity. Access Opportunity is a wonderful organization that invests in high-potential, low-income students from high school through college, so that they can have impactful careers and lead change in the lives of individuals and communities. In other words, Access Opportunity is helping to build our next generation of authentic leaders. I had the privilege of meeting some of the students at Access Opportunity and hearing their stories. I was blown away. Even in this political year, it gave me hope for our future.

So, here’s my ask. If you are willing to support Access Opportunity and the great work that they do, then please follow this link to my CrowdRise page and make a pledge. By doing so, you will literally be changing the lives of students — students that will go on to change the world in which we live.

On the other hand, if you are simply excited by the fact that I am going to get punched in the face, then I would ask you to make a contribution as well. It’s the least you could do.

Thanks, and see you at Boulder Start-Up Week.

Meanwhile, here’s a clip of me training in the streets of Boulder:

Back to Blog Home