Three Reasons Why Bruce is the Best Boss

I was first introduced to Stew Friedman by a mutual friend who knew of our shared passion for the music of Bruce Springsteen. As I dug into Stew’s work, I was amazed at how much it spoke to the purpose behind Blue Note Ventures. Stew has been a professor at Wharton School since 1984 where he founded both the Wharton Leadership Program and the Wharton Work/Life Integration Project. In 2001, he concluded a two-year assignment (while on leave from Wharton) at Ford, as the senior executive for leadership development. In partnership with the CEO, he launched a portfolio of initiatives to transform Ford’s culture — 2500+ managers per year participated. Stew has written several books including most recently, Leading The Life You Want: Integrating Work Life Balance (Harvard Business, 2014) and the award-winning bestseller, Total Leadership: Be a Better Leader, Have a Richer Life (Harvard Business, 2008). You can learn more about Stew’s work and find his books on the Total Leadership Website (where this post originally appeared), follow him on Twitter at @stewfriedman and listen to his show, Work and Life, on Sirius XM 111,Tuesdays at 7:00 PM EDT. If all fails, you can look for Stew in the pit at an upcoming Bruce show. 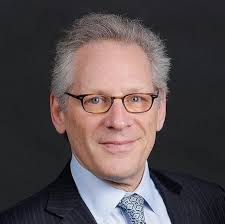 Bruce Springsteen — great leader? You might be skeptical, but bear with me as I describe a few practical ideas we can pull from Springsteen’s repertoire of the critical “soft skills” that set the memorably high-impact leaders apart from the rest of the pack.

Bruce’s epic music is a source of inspiration for millions around the world. Like many others, his impact on me has been deeply personal. On a recent night in Philadelphia, listening to Bruce and his E Street Band, I was reminded once again of why the Boss (big B) is not only New Jersey’s greatest export and America’s rock poet laureate, but why he’s a model for other bosses (small b).

Consider these three simple principles that Bruce exemplifies to inspire his followers:

1. “Prove it all night” — Devote yourself fully to your people and never let up

Springsteen is obsessed with giving everything he has to his fans, and he always has been. When he shows up for work, he is wholly present and demands that every member of his band and company does the same. In the early days, he would spend hours before a show sitting in most of the seats to check the sound to ensure that it was good for everyone in the house. He plays until you’re exhausted.

2. “Come on up to the rising” — Create community by connecting people to something bigger than themselves

Bruce found salvation in music and in the brotherhood of his band. This sense of connection gives authentic vitality to the many roles, beyond that of musician, he takes seriously in his performances: revival-show preacher, wry comic, and self-educated social critic. His fans feel a bond cemented by ideas that matter — social justice, the hope for redemption, love. In a world that is increasingly volatile and fearsome, those like Springsteen who can “talk about a dream and try to make it real” are prized for bringing people together and helping them realize how they can make the world a bit better.

Springsteen’s music, even as it focuses on the social and political problems of racism, economic inequality, and war (as in the Grammy-winning album The Rising), has a fierce determination to find the good and celebrate it. There is realism, but no cynicism. It takes both sensitivity and steadfastness to find and maintain this balance. The most successful and effective leaders have learned — through reflection on the crucibles of their own personal experiences — how to do this in their own distinct way, in their own unique voice.

Our turbulent world — more networked than hierarchical, more flexible than standardized — demands leaders like Springsteen, who generate loyalty and commitment not so much with their use of positional power and formal authority, but with their authenticity, their integrity, and their creativity.

Back to Blog Home